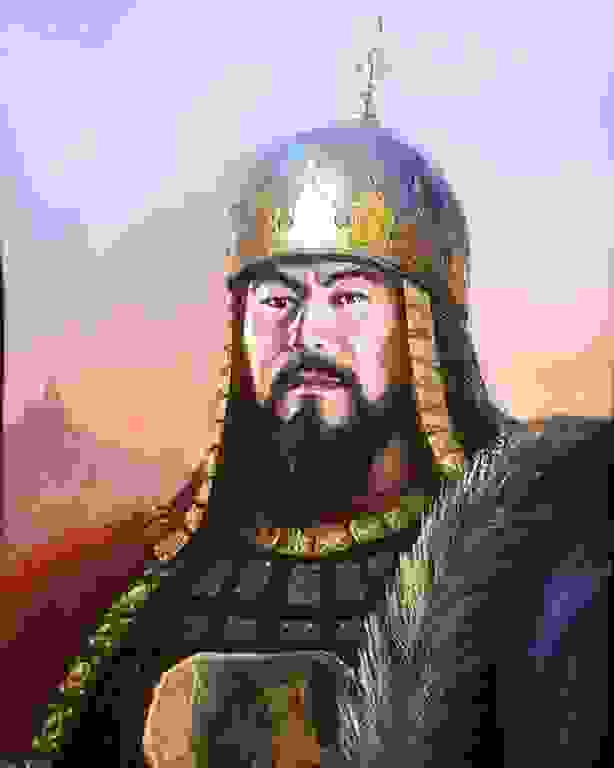 Urus Khan, descendant of Jochi. His ancestor Tuka-Timur was one of the younger sons of Jochi. In 1260, during the troubles in the Ulus of Jochi, Tuka-Timur printed coins in his own name in the Crimea. Later, his son Uran-Timur, as well as his grandson Achik (Uran-Timur's son) were the rulers of the Crimea. Achik fought in Nogai's army against Tokhta. Urus Khan was the great-great-grandson of Achik.

The early years of Urus Khan have not been recorded in the sources. In the 1350s, during the destruction of the Vyatka-Nokrat posession, Urus decided to move from the territory of the Volga region to the territory of the South-Eastern part of the Ulus of Jochi. At this time, Urus was attacking with a small group of his associates. In one of the hostilities, he killed a high-ranking nobleman Jir-Kutlu, from the kiyat family. Jir-Kutlu was the day-to-day ruler of the Eastern part of the Ulus of Jochi. The fact that Urus was able to defeat and kill Jir-Kutlu contributed to the fact that Urus's authority began to grow. He was later declared Khan. At this time, the son of Jir-Ktulu named Tengiz-Buka ruled in Sygnak. But his power was overthrown by Kara-Nogai. Kara-Nogai and his heirs had been ruling Sygnak and the surrounding territories until 137-1368. One of the heirs of Kara-Nogai named Mubarak-Khoja started fighting for the capital of the Ulus of Jochi, but he could overrate his strength. After him, Kutluk-Khoja, the brother of Kara-Nogai, became the ruler of Sygnak. Urus Khan was able to seize power from him. Urus Khan, who had strengthened by that time, was able to capture Sygnak. And after some time, he joined the struggle for the throne of the Ulus of Jochi. He began to pursue a policy of centralization, killing those vassals who refused to recognize his absolute power. One of these victims was Tui-Khoja, the father of the future Khan of the Ulus of Jochi-Tokhtamysh.

In the 1370s, Urus began trying to capture the Lower Volga region. First, he defeated a Shibanid named Hadji Circassian. Next, he fought the Siberian Shibanids. But this civil war did not reveal an absolute winner. At the same time, Tui-Khoja's son Tokhtamysh was able to flee to Central Asia. There, he received political and military support from Tamerlane. Having received an army from him, Tokhtamysh began to fight Urus Khan. But in almost all cases Tokhtamysh was defeated. At the same time, it is worth noting that in one of the battles, the beloved son of Urus Khan named Kutluk-Buka was killed. In the end, Tamerlane himself decided to go on a campaign against Urus Khan, but Urus Khan died and they did not fight against each other in one battle.

Many modern historians identify Urus Khan with the legendary Alasha Khan, who according to various sources was called the first Kazakh Khan and was considered the ancestor of all Kazakh khans and sultans. The mausoleum of Alasha Khan is located in Ulytau, not far from the mausoleum of Jochi.

Urus Khan had a symbolic meaning for the khans of the Kazakh khanate. In addition to the fact that he was the great-grandfather of the first Kazakh khans Janibek and Kerei, it should be noted that neighboring countries called the Kazakh khanate as "Urus Tsarev Yurt" or " Urus Khan Yurt". Thus, his medieval contemporaries considered him as the first Khan of this state.