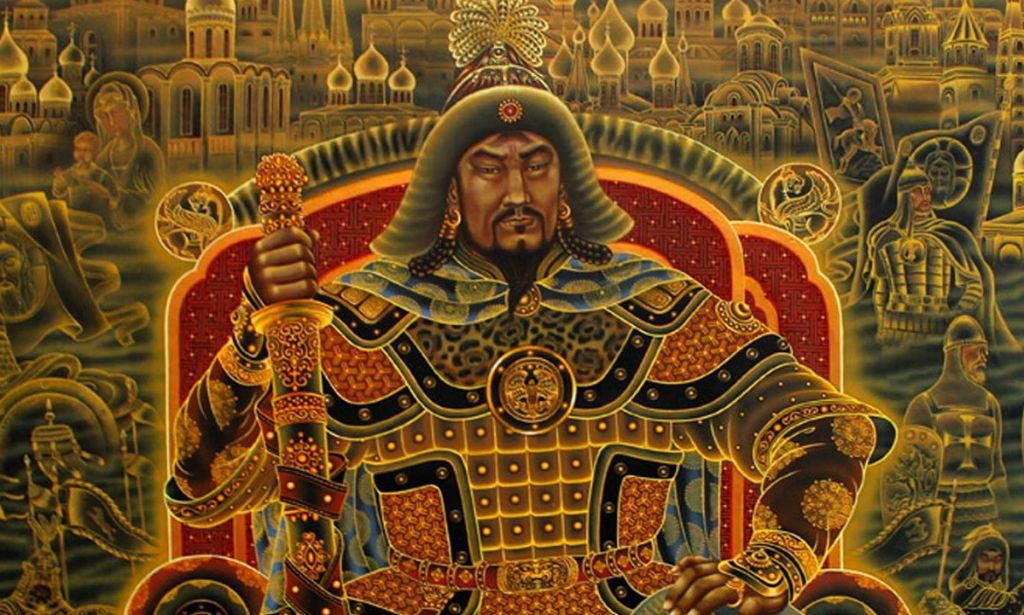 Batu was the second son of Jochi from Uki-Fujin of the Kungirat family. According to one version, he was born in 1205-1206, according to another version in 1209. The early life of Batu is almost unknown. In 1227, after his father Jochi died, Batu, along with his brother Orda-ejen, became co-rulers in the Ulus of Jochi. Batu received the Western part of the Ulus of Jochi. Some of the Turkmens were also subordinated to Batu, who were then called Sainkhani Turkmens. In 1229, Ogedei sent 30,000 people troops to the Ulus of Jochi, led by Kokoshai and Subedei. The purpose of sending troops was to expand the borders of Genghis Khan's Empire. But no significant territorial acquisitions were added.

Batu, along with his relatives and cousins, participated in the conquest campaign "to the West" in 1236-1242. The main goal of this campaign was to implement the "Covenant of Genghis Khan" on the conquest of the Western part of the Eurasian steppe and the subjugation of Eastern European States.

Batu coordinated campaigns against the Russian principalities. In 1237-1238, Batu made campaigns against the Ryazan and Vladimir principalities. After the first raid into the Russian principalities, Batu's troops returned to the steppes, where separate groups of Kipchaks and the North Caucasus possessions were subdued. After the capture of Magas (the capital of the Caucasian ases (Alans)), a conflict arose at the feast between Batu and his cousins Guyuk (son of Ogedei) and Buri (son of Chagatai).

After that, Batu's troops took Kiev and went on a campaign to Eastern Europe. Separate Mongol corps invaded Poland, Silesia, and Moravia. Batu's army tried to conquer Hungary. King Bela IV of Hungary was defeated in a battle with Batu's troops on the Chaillot river (April 11, 1241). After this battle, Mongol forces ravaged Hungary, Croatia, Dalmatia, Bosnia, Serbia, and Bulgaria.

The military campaign of the Genghisids to conquer Eastern Europe ended in early 1242 due to the death of the great Khan Ogedei. The most likely successor was Guyuk, who had a very bad relationship with Batu. As a result, Batu decided not to extirpate the Kipchaks, but rather to attract them to his army in order to reinforce it for a potential conflict with Guyuk. Many Kipchaks began to return to their native steppes. Plano Carpini, who spoke about the hard fate of the Kipchaks, noted that "very many of those who fled return to them (the Mongols)."

Batu subdued vast territories in Eastern Europe, and turned many local peoples into tributaries. For convenience and fearing a military clash with Guyuk, Batu decided to place the center of his ulus on the banks of the Volga, where the construction of a new city, called Sarai, began. Batu made a reform of the administrative and territorial structure of the Ulus of Jochi. Most researchers note that after the Western campaign, Batu made a number of changes in the administrative-territorial structure of the Ulus of Jochi, related to territorial acquisitions as a result of conquests during the Western campaign.

Guyuk's premature death saved Genghis Khan's Empire from a possible civil war. After the death of Guyuk, Batu's authority grew, and he elevated his cousin, Mengu to the throne.

Despite his formal subordination to the Supreme Mongol khans, Batu (who did not bear the title of Khan), but because of his authority, was actually a completely independent ruler of his ulus, while strongly influencing neighboring uluses. After the death of Batu and his son, the Ulus of Jochi actually became completely dependent on the center of the Mongol Empire. Batu's posthumous title was Sain Khan.