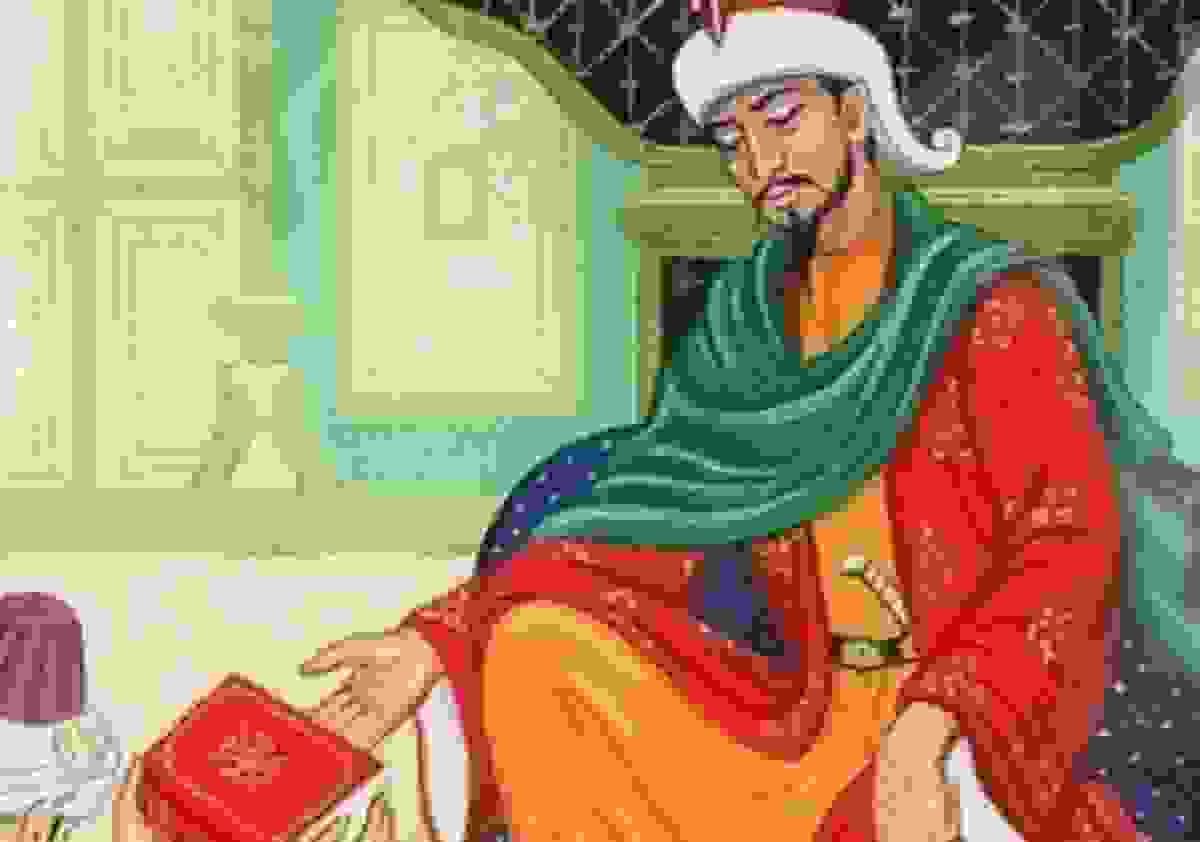 1209 - 1265
Berke is the son of Jochi and the Khan-Sultan from the Khorezmshakh dynasty.

Berke was one of Jochi's sons. His mother was Khan Sultan. She descended from the Khorezmshakh dynasty. Her father was Horesmshakh Mohammed . At the same time, her grandmother (her father's mother) descended from the Kipchak khans dynasty. After the troops of Genghis Khan conquered the Khoresm. Khan Sultan was captured and given in marriage to Jochi. As a result, when Jochi went on a campaign against the Kipchaks after the Khoresm campaign, Berke was born. Given the fact that his mother was a Muslim, Ogedei ordered Khan Sultan's children to be taught the Koran and Islam. During the Western campaign, Berke did not show himself much because of his small age.

Berke had gained political weight by the 1250s. In the early 1250s, Berke was the representative of Batu in Mongolia, and he elevated Mengu to the throne. Mengu did not like the way Berke behaved and subsequently contributed to the fact that Berke lost some of his resources in the Ulus of Jochi. Thus, until Ulagchi's death in 1259, Berke was in actual exile.

At this time, Berke came from his Sygnak ulus to the capital of the Ulus of Jochi. He was one of the few sons of Jochi, who was still alive at that time (along with Berkechar, Chimpai and others). Berke had both the authority of a senior (aka) and extensive experience in political activities (he took part in many Kurultai and political events).

In the conditions of dual power in the Mongol Empire (Arik-Buga and Kubilai), a Kurultai took place in the Ulus of Jochi, where Borakchin tried to proposed Tuda-Mengu, her stepson, as a candidate. Such pretendent was not satisfied with elite (Juchids and emirs), who were tired of the Regency of Borakchin Khatun. Perhaps Berke was recognized as the ruler of the Ulus of Jochi on condition that Mengu-Timur, Batu's grandson, would become his heir. Knowing about Berke's Muslim faith, the Egyptian rulers tried to establish diplomatic relations with him. Berke did not respond until 1263 due to his belief in the unity of the Mongol Empire.

Berke recognized Arik-Buga and entered into negotiations of Hulagu and Algu with Arik-Buga, trying to reconcile them. Troops of Kutugu juchid, Orda-ejen's son, assisted Arik-Buga with the approval of Berke. Berke put forward demands to Hulagu to return the part of the loot withheld during the anarchy, which was owned to the Ulus of Jochi as a result of the campaign in Iran.

Hulagu and Algu, seduced by Kubilai's promises, formed an Alliance against Berke and Arik-Bugi. In mid-1262, Hulagu killed the Juchids who were with him and began destroying their military contingents. In Rus, there was a rebellion against the power of Berke. Then, Hulagu sent troops to the Ulus of Jochi. Under these circumstances, Berke was forced to declare a general mobilization. By calling into the army. Even young fellows. The two armies converged on the Terek river. In the battle of Terek, Hulagu was defeated and fled.

Realizing his "geopolitical loneliness", Berke began to establish diplomatic relations with Egypt in 1263. After the defeat of Arig Buga in 1264, Berke began making coins with the name of the Caliph of Baghdad, thereby showing his independence from Kubilai.

Thus, the Ulus of Jochi actually gained independence from the Mongol Empire in 1263-1264 thanks to the efforts of Berke, who prepared the ground for the formal collapse of the Mongol Empire at the Talas Kurultai in 1269 .

In the summer of 1265, Berke initiated a new round of wars with the Iranian Ilkhans. After a couple of battles, Berke moved his troops to Tbilisi, but died on the way. His body was brought to the capital of the Ulus of Jochi.