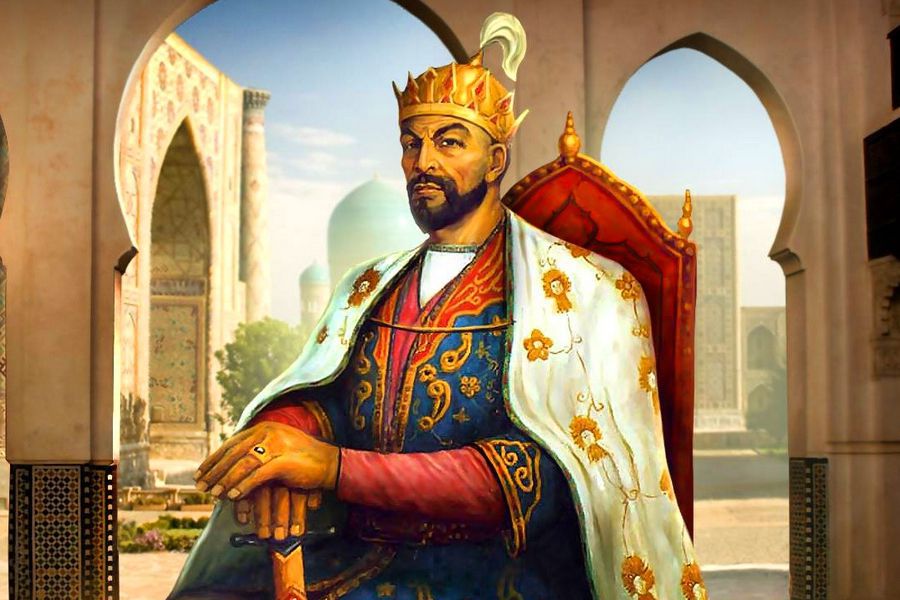 Mengu-Timur was Tukan's son, Batu's son. There is no reliable information about Mengu-Timur's childhood. When Berke came to the power, he appointed Mengu-Timur as his heir. After the death of Berke, Mengu-Timur Khan, became the ruler of the Ulus of Jochi.

Mengu-Timur, having ascended to the throne, took the title of Khan (before him, the rulers of the Ulus of Jochi did not bear this title), began to issue yarlyks and independently mint coins in his own name, which was a sign of the ruler of an independent state. Before him, coins with the Khan's name were not printed in the Golden Horde. Since the beginning of his reign, a new title of the ruler of the Golden Horde had been stamping on juchid coins – "Khan the highest" and Tamga of the house (clan) of Batu (the name of Tamga bosaga), which confirmed his independence.

Immediately after the accession Mengu-Timur appointed two governors. His cousin Uran-Timur (Tuka-Timur's son). Mengu-Timur appointed the ruler of the Crimea, and another cousin Bahadur (Shiban's son), he appointed the ruler of the Ulus of Shiban in the Aral sea region. Mengu-Timur himself immediately after enthronement marched against the rebels. Under Mengu-Timur, power was consolidated throughout the territory of the Ulus of Jochi. Because of this, the economy of the Golden Horde received a great boost for development. International trade grew strongly, new cities began to appear and old ones were restored, Genoese trading posts appeared in the Crimea.

In 1267, Mengu-Timur was the first of the Golden Horde khans to issue a yarlyk to the Russian clergy, freeing the Russian metropolitan from a number of taxes and duties. Mengu-Timur also issued a yarlyk to Genoese merchants who founded the Kaffa trading post in 1266. In 1267, Mengu-Timur sent an Embassy to Egypt to the Mamluk Sultan Beybars. Since 1268, diplomatic relations between the Ulus of Jochi and Egypt were strengthened.

Since 1267, Mengu-Timur had made a number of efforts to settle territorial disputes with neighbors, in particular, with the Chagataids. Mengu-Timur began to put pressure on Barak Khan, the ruler of the Chagatai ulus. To do this, he sent to help his cousin Kutuk (Orda Ejen) and ally Kaidu reinforcements in the form of 50 thousand soldiers led by Berkechar, the oldest son of Jochi at that time. As a result, Berkechar concluded a peace agreement with the ruler of the Chagatai ulus in the Talas river valley. In 1269, as a result of the Talas Kurultai, it was decided to attack the Ilkhan from two sides. On the one hand, the troops of Mengu-Timur were conducting an attack, on the other – the troops of Barak chagataid. Barak was defeated, and Mengu-Timur won.

In the 1269 agreement on the Talas Kurultai, the rulers of the three ulus (Uluses of Jochi. Chagatai, Haidu) vowed that their nomadic subjects would not destroy the city and the sedentary settlements, as it was previously.

In the 1270s Mengu-Timur even recognized the legitimacy of the demands of the Mamluk sultans of Egypt on the Ilkhans ' possessions.

After the external campaigns, Mengu-Timur began to strengthen an internal state system.

In 1275, Mengu-Timur conducted a census of the population of the Ulus of Jochi (in order to clarify the quantitative indicators of taxes from vassal and subordinate territories), including in the Russian principalities.

In the winter of 1277, Mengu-Timur called on Russian troops to conquer the Alans and Circassians who lived in the Caucasus mountains. The reign of Mengu-Timur can be called the time of the emergence of the Ulus of Jochi (Golden Horde) as an independent state. In the works of most authors, Mengu-Timur died in 681 Ah (11.04.1282-31.03.1283), which is confirmed by numismatic material, according to which the last year of minting his coins was 681 Ah. Mengu-Timur died of an abscess in his throat.