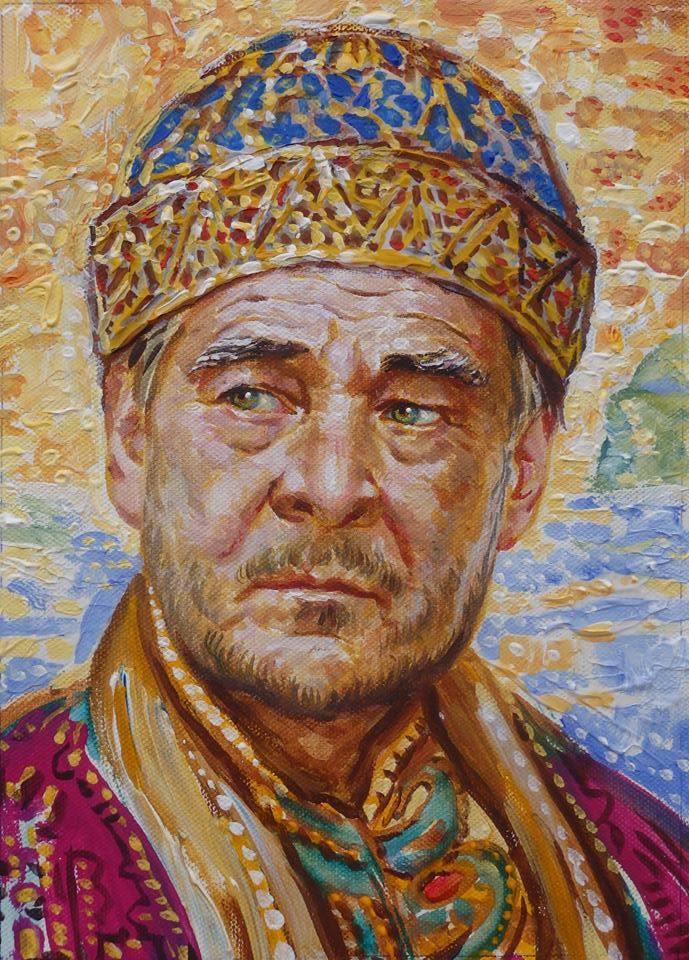 1283 — 1341
During the reign of Uzbek Khan, Islam was recognized as the state religion of the Golden Horde.

After Tokhta, Uzbek, the son of his brother, became Khan. Togrul the Uzbek's father was killed by Tokhta himself in 1291, and Uzbek himself escaped death, since his stepmother Bayalun (Togrul's wife) saved him by sending him to the Circassian Julat ulus (Western Caucasus). Having matured, Uzbek after Tokhta's death went to Kurultai, where a new Khan was chosen.

Ilbasar, the official heir of Tokhta, died in 709 Ah (June 11, 1309-May 30, 1310). New heir of Tohty was the Ilbasar's son, Isan Buka. In Kurultai, the second son of Tokhta Tuk-Buka with the Emir Bajir of the Uighurs contested the rights of Isan-Buka and became the top contender for election as Khan. At this time, Uzbek was traveling to Kurultai to participate in it. Kutluk-Timur, his cousin, who was already present at the Kurultai, gave Uzbek either misinformation about the planned murder or the truth that Uzbek was being planned to be killed. Arriving at Kurultai, Uzbek and Isatai kiyat killed Tuk-Buga and Bajir Uigur. After this bloodshed, Bayalun, the wife of Tokhta, was able to get Uzbek Khan elected in Kurultai with the help of bribes. Only after accession to the throne, Uzbek converted to Islam and after a while began to fight against non-Muslims, and also began to carry out his own administrative reform, which deprived all Juchids, the descendants of 16 sons of Jochi (except for the Batu and Horde lines, as well as Shibanids), of their inheritance.

Uzbek Khan completely changed the political system, creating and reforming political institutions in the Golden Horde. Uzbek Khan was actively engaged in the economic development of the Golden Horde, the development of new trade routes. At this time, the Ulus of Chagatai, Ugedei and Hulagu were convulsed with civil wars, which led to the transfer of trade routes to the North through the territory of the Golden Horde, where, unlike its southern neighbors, there was political stability. Any merchant could travel safely from the banks of the Danube to the Altai mountains on the territory of the entire Ulus of Jochi. During the reign of Uzbek Khan, the Golden Horde saw a widespread growth in the number of new cities and an increase in the size of old cities. In 1332, Uzbek Khan moved the capital to a New Sarai (Sarai al-Jedid). Uzbek unified and centralized the country, defeated local separatism.

Uzbek at a higher level maintained diplomatic relations with the Pope, Byzantium, India, Western Europe, Uzbek Khan was able to renew the Alliance with the Mamluk sultans against the Hulagu ulus.

In 1316, Uzbek Khan received an offer from some Iranian emirs to take the throne of the Ilkhans, but Uzbek Khan at that time did not dare to interfere in civil strife. Later, he, in Alliance with Yasavur decided to bring the fight to a new Ilkhan. In 1320, the invasion of Uzbek Khan did not yield any results. Uzbek Khan was defeated. In 1335, Uzbek Khan again invaded Azerbaijan and Iran, but was again defeated by the new ruler Arpa Khan. Uzbek Khan patronized all religions in his territory. In 1314, he issued a yarlyk to the Catholic Franciscan order, granting them privileges and allowing them to establish their mission in Sarai Batu. In 1336, the Franciscans already had 10 missions, and the cousin of Uzbek Khan, along with his family, entered Catholicism. Uzbek Khan's personal Muslim name was Muhammad. Beloved wife of Uzbek Khan, was Taidula of a kind Kipchak. He had two sons from her: Janibek and Tynybek.

The era from the beginning of the reign of Uzbek Khan to the death of his grandson Berdibek is considered the Golden Age of the Golden Horde, when the economy grew, there was political stability, and the classical Golden Horde culture flourished.