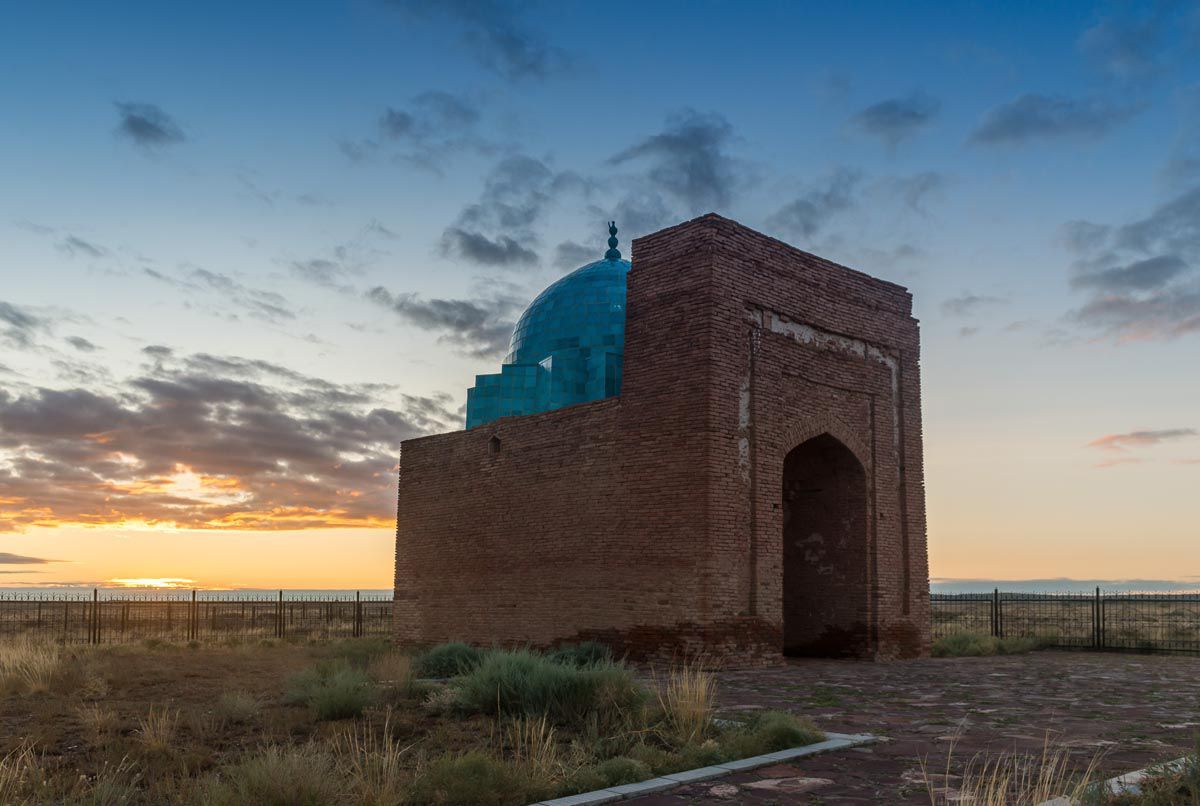 The mausoleum of Jochi Khan was built over the grave of the eldest son of Genghis Khan, the great commander and conqueror. Jochi was the favorite son of his formidable father, and in the division of the conquered possessions received the most land and glory. But, unfortunately, between 30 and 40 years old, he was overcome by illness and died, six months ahead of Genghis Khan. This magnificent mausoleum began to be built at that time, the quality of the bricks of which is amazing even for modern builders (its secret of manufacture has not been revealed, but there is a legend that the clay for it was mixed on kumis, and the firing was made with the help of tail fat!).

The building of the mausoleum is a powerful portal-domed structure, shining in the light of the scorching sun with its sky-blue dome and deep, red-brown color of baked bricks. At the entrance, you are greeted by a high portal decorated with tiles, and the herringbone masonry only adds an even more monumental look to everything. You can feel the breath of antiquity inside. The light comes through a hole in the dome, but despite the lack of windows, it is light and not scary at all, but on the contrary – calm, as it were... On the stairs to the left of the entrance, you can climb up and enjoy the wonderful view, such as it was almost a thousand years ago, as it was seen by our nomad ancestors.

You can get there as part of a tour group or on your own, by car. It is located on the left bank of the Karakengir, 55 kilometers northeast of Zhezkazgan or 12 kilometers from the Sarykengir state farm. An excursion tour can cost you from 10 to 15 thousand tenge, but if you can go by car, the costs will be minimal, but then you will not be able to listen to the interesting history of this place and folk legends that the guide tells.